Captain Marvel is not a good movie. Well, maybe it is a good movie if you are in it’s desired target audience. And that audience appears to be teenage liberal girls and their liberal mothers. The film was released on March 8th, 2019 which just so happens to be International Women’s Day. March is also Women’s History Month. The main character of the movie, Captain Marvel, is a woman played by Brie Larson. Much of the notable supporting cast are also women.

What part of that recipe mentioned above would appeal to your average adult male who is the chief consumer of action adventure superhero movies from Marvel Studios? Not much if any. Which is why the movie sucks so badly.

Lifetime or possibly Netflix on a free trial would be the best vehicles to consume a movie like this. Maybe wrapped up in a blanket while you eat some bon bons. It did not have much action. Dialogue was muted and far too long. Entirely too many soft and emotional scenes.

Marvel has a history of producing exciting movies about their superheroes with plenty of special effects. A CGI buffet. But what was delivered in Captain Marvel was the total opposite. It fell totally flat for a superhero movie and didn’t even really fully capture the emotional side that a Lifetime movie would do. To your inner 12 year old liberal girl looking for equal representation on screen, this may be a masterpiece. To the rest of us, not so much. Check out the video review for more!

👕 Order your shirts here: https://teespring.com/stores/abl-gear
📲 Tip me though PayPal: https://www.paypal.me/ablogan
📲 Sponsor me on Patreon: https://www.patreon.com/anthonyblogan
🌐 Visit my website: http://www.anthonyblogan.com
💬 Connect with us on Discord: https://discord.gg/JVdp9gu

‘Captain Marvel’ Sandbagged on Rotten Tomatoes Within a Few Hours of Opening
https://www.hollywoodreporter.com/heat-vision/captain-marvel-rotten-tomatoes-audience-score-sandbagged-by-trolls-1193280 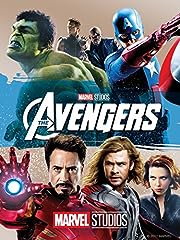 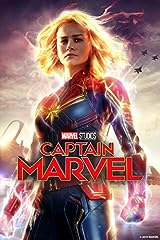 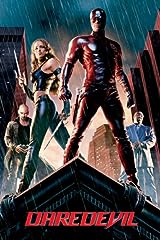 Just saw the movie it wasn’t as bad as I thought it was going to be but yes I seen the political propaganda bulshit.

how was the butt double?

There should really be a line of MMGA clothing. Make Marvel Great Again.

Captain Marvel was a wonderful movie! It shows Marvel that they could have made alot more money if they would have told Brie to keep her mouth shut and SJW bullshit is not what people want in their Super hero movies.
BTW the Skrulls are NOT refugees in the comics and Marvel should have stayed closer to the source material this time. They could have been a great threat for future MCU movies but of course they had to push an agenda. If more marvel movies keep this narrative up then I’m out and I’m sure many many more will follow. Wake up Marvel and just kept putting out great movies and not propaganda videos.

Yo are you joking nigga. Take that shit off your head.

Go watch Alita. There is no Politics in it!!!

That cap is sponsored to you by Jesse Smollett.

Damn u a UGLY darkie

Wasn’t Larson signed back in 2014? I don’t think this move has anything to do with Trump… more like Metoo movement kinda like.

What’s with the hat…

Disney/Marvel took advantage of the fact that a lot of fans today don’t know about the original, true, Captain Mar-Vell; who Carol Danvers originally got her powers from to become Ms. Marvel. The fact that Disney/Marvel pulled a gender swap casting Annette Benning as Mat-Vell really says it all about the overt SJW agenda in this movie…I’ve lost all faith in Feige and the MCU…much less excited for Endgame now than i was before

Worldwide first weekend 450 million, that’s what all your tears as brought, suck it up snowflakes nothing to see here!

The fall of the MCU has begun with Captain Feminist

This movie was not good at all. Unfocused, unfunny, horrible action scenes (I was hoping we would be rid of zoomed-in shaky cam by now), and incredibly uncharismatic lead (Room was a fluke, this actress has been forgettable and bland in everything she’s been in.) It just plodded along in generic fashion.

2/10 UNWATCHABLE. Complete dog shit from top to bottom. Gave me a headache. Ruined every single MCU movie!! Get fucked, Disney.

I gave it a 7 as when there was action it was good. I didn’t get the political vibe you were talking about because there was women telling what she can’t do as well. Now there was some cringe worthy scenes like the motorcycle, and this is why they call it the cockpit. Or I’ll stick my foot where the sun don’t shine and alien looking confused until Samuel L said ass.

For all men who have paid to see this garbage, be informed that you yourself have just contributed immensely to your culture’s fall. There will more of these movies made now and with it more programming of your youth. And you guys helped make it possible. Any man who has bought tickets to this shit has lost credibility with me.

I thought the movie was fine, nothing special but not terrible like people are trying to make it out to be. I didnt find this movie to be overly feminist like a lot of other movies that force it down your throat. I think some people are looking for things to complain about. It’s just an op superhero who happens to be a female. The problem is Bre Larson’s acting is pretty dull. I would also say to save your money though, this movie doesnt carry the avengers story along so you can see endgame without seeing this movie I would bet.

wtf is wrong with people. Where in this movie do you see any political ideology? What example can you give? Chill tf out.