Welcome to my 8 High Fantasy movies mini-review & recommendations. If you only want to watch the best or quirkiest imo, check these out.

High or epic fantasy is a subgenre of fantasy that’s normally set within a fictional world. They’re usually told from the point of view of a main hero who has to fight an evil sorcerer or powerful demon in order to save the world. For this video I’m going to try to have a varied as possible selection, where I might cheat a little with some of my selctions in terms of how “high fantasy” they are, but they should be close enough.

The “Hemomancer ” cheat sheet Stardust , Clash of the Titans, Willow, Conan the Barbarian, The Neverending story, Jabberwocky, How to train your Dragon, The Princess Bride.

Director Matthew Vaughn’s action Adventure, Stardust (2007)
Set in the 1800’s a countryside town has an unique secret, it borders on the magical land of Stormhold. The story follows Tristan a young man in love, who makes a promise to retrieve a fallen star for the woman he adores. But unknown to Tristan, he will have to go beyound the boundries of Stormhold to reach his prize.

Director Desmond Davis’s Action adventure, Clash of teh Titans (1981)
Perseus a mortal man, lives a simple life on the island of Serifos. But unknow to him, he’s acually a demigod and son of Zeus. After been transported to the city of Joppa, Perseus encounters and falls in love with a cursed princess, where he sets out to free her and win her hand in marriage.

Director Ron Howard’s Action adventure – Willow (1988)
The film follows Willow, a reluctant dwarf who discovers a human Daikini baby within his village. After bringing her to his town council, his elder sends him out into the Daikini world to return the baby. However willow soon realises that this baby is very special and returning her will be a far more difficult task then first thought.

Director John Milius’ Action Adventure, Conan the Barbarian (1982)
As the sole survivor of a massacre within his tribe, Conan is enslaved and preforms hard labor untill he is old enough to be taught the ancient arts of fighting. After been set free Conan becomes a barbarian and sets off to avenge his parents and his tribe whom were slain by an evil sorcerer

Director Wolfgang Petersen’s family adventure, The Neverending story (1984)
Follows a young boy called Bastian who is tormented by school bullies. While trying to avoid his tormentors, Bastian hides in an old book shop, where he comes across an ornate story book. Taking the book with him, he seeks seclusion in his school attic, where he discovers that this book might have magical powers.

Director Terry Gilliam’s comedy adventure, Jabberwocky (1977)
Set within medieval times, a young pesaant called Dennis -who has zero interest in adventure, unwittingly becomes a hero. At the same time the countryside has been terrorised by a dragon called the Jabberwocky. With his new title, Dennis is now commissioned to slay this monster and save his kingdom.

Director Chris Sanders animated comedy, How to Train your Dragon (2010)
In a world with dragons, a young Viking from the island of Berk has to prove his worthiness to his tribe, by capturing a Dragon. But when the opportunity arrives he finds himself becoming friends with a dragon and soon learns that there may be more to these creatures than his people think.

Director Rob Reiner’s famitly adventure, The Princess Bride (1987)
A classic tale of adventure and love, Buttercup a beautiful commoner, is engaged to an arogant Prince called Humperdinck. The story kicks off when she is kidnapped in order to start a war with a neigbouring kingdom. It’s now down to a masked stranger to rescue Buttercup and get her to safety before a war starts. 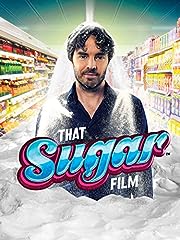 (as of November 18, 2020 - More infoProduct prices and availability are accurate as of the date/time indicated and are subject to change. Any price and availability information displayed on [relevant Amazon Site(s), as applicable] at the time of purchase will apply to the purchase of this product.) 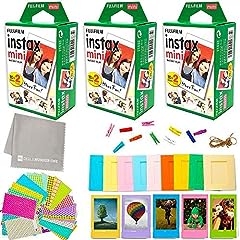 60 SHEETS for the Fujifilm Instax Cameras Mini 8, Mini 9, Mini 90, Mini 70, Mini 50S, Mini 25, Mini HELLO KITTY, & Polaroid PIC 300 Instant Film Cameras TOP NOTCH QUALITY - All our DNO accessories are made of high quality material that will not fade,... (as of November 18, 2020 - More infoProduct prices and availability are accurate as of the date/time indicated and are subject to change. Any price and availability information displayed on [relevant Amazon Site(s), as applicable] at the time of purchase will apply to the purchase of this product.) 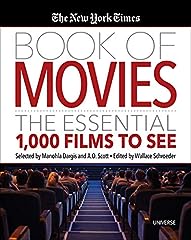 
The New York Times Book of Movies: The Essential 1,000 Films to See

(as of November 18, 2020 - More infoProduct prices and availability are accurate as of the date/time indicated and are subject to change. Any price and availability information displayed on [relevant Amazon Site(s), as applicable] at the time of purchase will apply to the purchase of this product.) 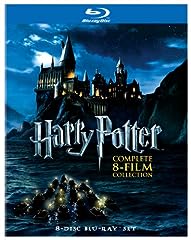 (33338)
Brand New in box. The product ships with all relevant accessories (as of November 18, 2020 - More infoProduct prices and availability are accurate as of the date/time indicated and are subject to change. Any price and availability information displayed on [relevant Amazon Site(s), as applicable] at the time of purchase will apply to the purchase of this product.)

Another great and fun movie is the Jim Henson/Brian Froud collaboration THE DARK CRYSTAL.

Willow was one of my favorite movies as a kid. Must have watched it dozens of times, along with Ghostbusters.

Without a doubt it would have been Inconceivable if Princess Bride was not in this list.

no dragonslayer or ladyhawke?

Stardust is the most underrated movie of all time.

I think I’ve found the genre of films that totally can’t stand; *_High Fantasy_*
I’ve tried watching almost every movie mentioned in this video, but it’s been unable to maintain my attention – or perhaps more; I cannot relate to anything in this movie…

How is Conan the Barbarian a guilty pleasure when it is an AMAZING film!?!

I am dismayed that Dark Crystal isn’t on there

I thought it was worth adding that Stardust, is based on a novel by Neil Gaiman

I’ve never seen star wars. And I want to watch them right. I’ve already downloaded the despecialized versions of 4,5,6. However I’m still deciding on the order. I understand some things will be more surprising or make more sense if I watch them in an order other than the release. Any recommendations?

Some people actually saying Willow was trying to clone Star Wars? Wait… Willow was being made by Lucasfilm… No shit sherlock!

Conan the Barbarian is a guilty pleasure and cheesy?!

Lol no. Also, “after he has been set free Conan becomes a barbarian”. Uh….

Thank you for making this video.

My god this was a perfect list if I’ve ever seen.

Horribly dated? Harryhausen’s sfx in Clash were groundbreaking and still have a great look and sense of presence. I’ve seen so many sfx films that do a lot worse even in the last 15 years.

You have excellent taste!

OK! I just forgive you on this almost perfect list if you made a part 2, because it was a big sin to forget Krull, Dark Crystal, Labyrinth, Jason and the Argonaust, Harryhausen’s Simbad movies and Dragonslayer.

Another great film is The Man in the Iron Mask

I found the child acting in Never Ending Story exemplary.But I agree that some of these are classics.

I think LOTR will always be the pinnacle of high fantasy cinema, with cinematography and writing that rivals that of classics like apocalypse Now and Saving Private Ryan. The CGi still holds up after over a decade and ironically looked better than the hobbit. But I guess that’s what happens when you base your movie around a world renowned book and a director to match it.

Great list. I’d love to see a list of modern fantasy films you liked. Did you like the Conan reboot? How about 7th Son or John Carter? I’m a big fan of the genre, but so few are made now and even fewer are very good.

Stop motion of Ray HarryHausen are… Dated? FUCK YOU!

Other High fantasy I would reccomend : All the LOTR’s movies, warcraft, The Golden Compass andDragon heart . Let me know what’s your fav!

Oh wow I had forgotten André the Giant was in The Princess Bride! Time to rewatch it! 😀

Conan the Barbarian is the best movie ever made but it is also the definition of low fantasy. Robert E. Howard practically put low fantasy on the map.

Glad you skipped Eragon – that sucked. Keep up the good work, I always enjoy your videos.

I can’t say i’m a fan of high fantasy. I would probably like it more as a kid.

Stardust is by far the worst movie in this recommendations 😉

have you tried the film your highness?