Who is Billy The Hero? | Adventure Time Explained | Cartoon Network

Subtítulos en español
Subtitrari în română
Sous-titres en français
Welcome to Happily Ever After Theorist where, the channel where we share fan theories on Cartoons, Games, and TV shows like Rick and Morty, Adventure Time, Steven Universe and more. Please take a moment and check out my playlists, and if you like what you see you can subscribe so you never miss out.

In his youth, Billy had a reputation as a powerful warrior in the Land of Ooo.

He was known for impressive feats, such as rescuing Cotton Candy Princess from the Fire Count, slaying an Evil Ocean, and fighting a giant bear.

Around this time, Billy dated Canyon, and the power couple often went on motorcycle rides while fighting monsters.

Billy’s greatest accomplishment as a warrior was when he defeated the Lich before it could destroy Ooo with the unholy power gathered from the Earth’s life force.

The hero was then able to trap the Lich in an amber prison by pummeling it into the resin on the pinnacle of the Candy Castle.

Despite his fame and accomplishments as a hero, Billy began to believe that the task of fighting evil was futile as new evil would always arise later on.

The hero soon developed a void in his being and lost hope in heroism. Instead, he began to favor nonviolent solutions to evil and was an advocate of active community involvement.

He also developed a habit of watching movies and playing video games.

In “Billy’s Bucket List,” Canyon explains that Billy’s loss of belief was the reason why the two eventually severed their relationship.

However, with the help of Finn and Jake, Billy gained renewed hope in the heroic cause and began to fight evil once again.

The hero also developed a relationship with an old lady after meeting her through Finn and Jake.

Although Billy was a formidable force during his youth, his old age and long period of inaction may have contributed to his demise at the hands of the Lich during its return in “The Lich.”

After killing the hero, the Lich used Billy’s body as a gruesome “costume” by wearing his corpse. (Isn’t this supposed to be a childrens show)

The Lich uses this disguise to trick Finn into opening a wormhole with the Enchiridion.

Billy’s death was confirmed by Prismo in “Finn the Human” and later in “Billy’s Bucket List.”

Billy’s carcass was destroyed by The Lich in “Escape from the Citadel.”

Finn worshipped Billy and was inspired by his feats (as shown in Billy’s bucket list, when Billy defeated a group of monsters).

They also became very good friends and even had a father-son relationship. Billy also appears to believe in Finn.

After Billy’s death, Finn was slightly in denial about it and carries some lingering trauma about his passing..

Jake, like Finn, idolized Billy. Unlike Finn, however, Jake had a man crush on him.

After his death, however, Jake had a harder time accepting that it happened (as shown when he said he hoped that Billy and Canyon would get back together).

The Lich was a deadly rival of Billy and were arch-enemies.

The Lich and Billy share the same towering height and were on par in power.

Finn and Jake still find the fact that Billy is dead something hard to accept. 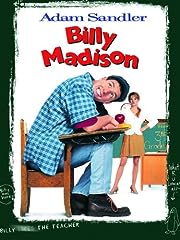 (764)
(as of June 24, 2020 - More infoProduct prices and availability are accurate as of the date/time indicated and are subject to change. Any price and availability information displayed on [relevant Amazon Site(s), as applicable] at the time of purchase will apply to the purchase of this product.)

(19)
(as of June 24, 2020 - More infoProduct prices and availability are accurate as of the date/time indicated and are subject to change. Any price and availability information displayed on [relevant Amazon Site(s), as applicable] at the time of purchase will apply to the purchase of this product.) 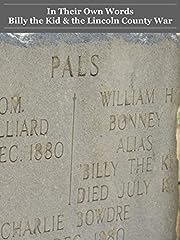 (as of June 24, 2020 - More infoProduct prices and availability are accurate as of the date/time indicated and are subject to change. Any price and availability information displayed on [relevant Amazon Site(s), as applicable] at the time of purchase will apply to the purchase of this product.) 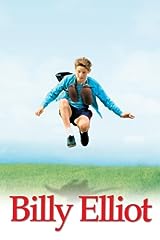 (1774)
(as of June 24, 2020 - More infoProduct prices and availability are accurate as of the date/time indicated and are subject to change. Any price and availability information displayed on [relevant Amazon Site(s), as applicable] at the time of purchase will apply to the purchase of this product.)

Author: Happily Ever After Theorist

He doesn’t even have to wear shoes.

your videos are amazing!!!

I wonder, what species is Billy supposed to be? I want to say he’s some kind of blue troll or giant, given his height, and also his Norse aesthetic.

I been waiting for this thank you so much

You guys have to check out this awesome Lich Vinyl Pop by Funko, looks so dang cool on my shelf!
https://goo.gl/2Re9hZ
Hey everyone, if you subscribe to my email list you will get early access to all future videos. That means you will see them 3 days or more before the public. Occasionally I may have a newsletter and event announcements that I will send you but it won’t be frequent or spammy I promise. If you would like early access, click this link and fill out the information.
http://eepurl.com/dqIHo1

Also he fought a beeeeaaarr
*BILLY*

But is Billy a mutated human or a magical being independent of the effects of the bomb? He had to be there close to when the bomb exploded because The Lich could have easily destroyed the world if there was nobody to stop him.

Rip the Brave and Big Bear.

I’ve got a question: Why did Billy tell Finn to go to the Citadel and about the existence of his birth father in the first place?

Love these videos keep it up!

I still find it hard to accept Billy is dead too, I keep expecting them to DBZ him but they never have. I guess this way is much more suiting to the themes Billy is connected to.

Pls sa with what program do you edit!?

The end of the videos are always so funny