Jaws is a 1975 American thriller film directed by Steven Spielberg and based on Peter Benchley’s 1974 novel of the same name. The prototypical summer blockbuster, its release is regarded as a watershed moment in motion picture history. In the story, a giant man-eating great white shark attacks beachgoers on Amity Island, a fictional New England summer resort town, prompting the local police chief to hunt it with the help of a marine biologist and a professional shark hunter. The film stars Roy Scheider as police chief Martin Brody, Richard Dreyfuss as oceanographer Matt Hooper, Robert Shaw as shark hunter Quint, Murray Hamilton as Larry Vaughn, the mayor of Amity Island, and Lorraine Gary as Brody’s wife, Ellen. The screenplay is credited to both Benchley, who wrote the first drafts, and actor-writer Carl Gottlieb, who rewrote the script during principal photography.

Shot mostly on location on Martha’s Vineyard in Massachusetts, the film had a troubled production, going over budget and past schedule. As the art department’s mechanical sharks suffered many malfunctions, Spielberg decided to mostly suggest the animal’s presence, employing an ominous, minimalistic theme created by composer John Williams to indicate the shark’s impending appearances. Spielberg and others have compared this suggestive approach to that of classic thriller director Alfred Hitchcock. Universal Pictures gave the film what was then an exceptionally wide release for a major studio picture, over 450 screens, accompanied by an extensive marketing campaign with a heavy emphasis on television spots and tie-in merchandise.

Generally well received by critics, Jaws became the highest-grossing film of all time until Star Wars. It won several awards for its soundtrack and editing. Along with Star Wars, Jaws was pivotal in establishing the modern Hollywood business model, which revolves around high box-office returns from action and adventure pictures with simple “high-concept” premises that are released during the summer in thousands of theaters and supported by heavy advertising. It was followed by three sequels, none with the participation of Spielberg or Benchley, and many imitative thrillers. In 2001, Jaws was selected by the Library of Congress for preservation in the United States National Film Registry, being deemed “culturally, historically, or aesthetically significant”. 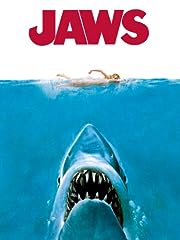 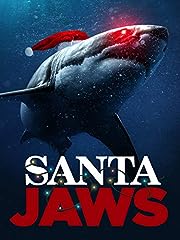 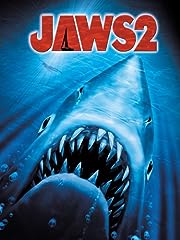 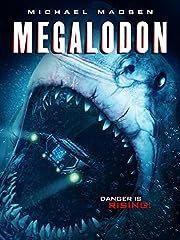 The shark by todays standards yeah I know, but it’s the only example in cinematic history where the viewer totally still believes the animal even looking really bad, just shows you, a great story and cast , score etc can make anything look brilliant. I point you to the youtube video where they have a with and without score on the shark sighting in this fist movie, it brings home just how powerful Williams soundtrack was and still is. The end section where Quint is eaten was scored but not used, >>> https://www.youtube.com/watch?v=3n3pGvaaUYg

I’m Hooper Hooper is me we are one

Why was it PG? That is my question, from people dying, blood and body parts, oh yeah, and the dead bodies

Hey Eric great video again also can you review the hills have eyes from 77?

People often forget that you first see Jaws when he attacks that fisherman in the pond where Michael is. People only remember seeing him pop up when Brody is chumming. You still get a good indication of his size when he tips the boat up in the pond.

This film is a masterpiece in every sense of the word.

Are you going to review the shining

Do you plan on reviewing the sequels

Duel was a cracking film. Top reviews for both of these Jaws films. Any chance of doing 3 and the revenge?

The lady should have slapped Amity’s money hungry mayor and his cronies for not allowing Brody to close the beaches.

Even if there wasn’t a PG-13 rating back then, this still should have been rated R.

Jaws is not a Horror movie. Spielberg even said it himself. Its an action adventure movie.

Steven Spielberg was indeed much ahead of his time with movies like Jaws, Close Encounters of the Third Kind, Raiders of the Lost Ark, Indiana Jones and the Last Crusade, Jurassic Park, Hook, Saving Private Ryan….the the list is endless…Guess Jaws was not only a cult movie of its time but in the history of movies ever made..Only a director of that class can make a movie like Jaws not showing the shark almost half way through the movie yet it gave almost all the audience a chill running down our spine…Sir….it was a treat to have been an audience for your movies and a blessing to have been able to view your movies this life…Love from India….

I agree with you about John Williams score it plays a huge part of setting the tone & atmosphere throughout the movie.

This film scared the shit out of me when it premiered on UK tv in 1981, I was 6 yrs old at the time & I’ll never forget jumping at seeing the head in the boat & squirming at Quints gory death which freaked me out & because of the shock power of Jaws I’ve never been swimming in the sea since.

Definitely a 5 star movie & one of my all time favourite movies, Jaws 2 was a decent follow up but lacked gore & less said about Jaws 3 & Jaws The Revenge the better.

I’m so happy you continuing your franchise reviews.

People always hate you more for being right than they ever could for being wrong.

Duel is a great film! if your someone whose never seen it. check it out! Very underrated film.

I’ve been waiting for this franchise review and you didn’t disapoint this was a great review I also really liked the very end of the video with the crow going over your logo great review.

Now I always found THAT 4:50 scene a bit fake. A shark, especially one the size the one in THIS flick is supposed to be, would not come so close to the waters surface without some part of it – it’s nose, a fin – sticking out and being seen.

Kind of funny you are doing this considering I just watched the series for myself over the last two weeks, which was also my first time ever seeing 3 and 4.

The first one is hands down one of the greatest movies ever made.  The fact that they couldn’t get their Bruce to work half of the time only improved the atmosphere of the film.  I also think Quint is hands down the best character in the movie and it is a shame Robert Shaw died not too long after it.

When she is attacked in the beginning, she yells, “Oh my god, oh my god, it hurts” as she grabs the buoy and that is the most frightening as there is no blood or shark.

Awesome review eric!! You’re the best btw you ahould make a q and a video and another thing ive noticed ur videos remind me of jeremyjahns videos but ur way cooler!!!

Great review, as usual! I fucking looooove this movie!!!!