Us deserves a big ending explained. The Jordan Peele Horror Movie is packed with many twists and hidden meanings so throughout this video I thought I’d break down everything that you need to know about the film.

This is full spoilers ahead, so if you haven’t seen Us yet and don’t want to know what happens, then I highly recommend that you turn off now.

If you enjoyed this video then please like it and subscribe to the channel for daily breakdowns on all the latest movies, tv shows, games and more! Click Here – https://www.youtube.com/channel/UCq3hT5JPPKy87JGbDls_5BQ

If You Want To Help Support The Channel So I Can Make More Videos Like This Please Donate Here:
https://www.patreon.com/user?u=7516708

Us: Plot Synopsis
Us follows the story of Adelaide Wilson, who, along with the rest of her family return to her childhood beach home for a vacation. Adelaide is haunted by nightmares from her youth and she gets increasingly worried that something bad is about to happen to her family. These fears quickly become a reality when four Doppelgangers descend upon her home one night and throughout the film, they do their best to terrorise the family whilst the family try and get to the bottom of the mystery of who they are.

Adelaide’s Doppelganger is the leader and she uses the rest of the Tethered to separate the family and spread them out which involves several different scenarios and eventually leads to them discovering that everyone has a shadow version of themselves. These shadow people, know as the tethered, live underground, eat rabbits and mirror the movements of those on the surface.

It’s stated in the film that The Tethered may be part of a government experiment and whilst it’s not detailed this ties into the overall message of the film which I’ll go into later. They have been put in place to attempt to reverse the control that those who live above have over them and instead allow for the tethered to control the people on the surface.

We learn that The Tethered have come to kill their opposites and unite and to show themselves to the world.

Us: Ending Explained
Throughout the film, we learn of Adelaide’s childhood, including a time when she was at a carnival with her parents and after wandering into a hall of mirrors, she witnesses a mirror version of herself that is a completely different person. This opens the movie but we learn a lot more of this backstory as the film goes on. It turns out that the beach house is in the same location that the carnival was that she visited as a child and the trauma that she experienced there has come back in full force.

Though the family manages to kill some of The Tethered, upon returning to the beach the next day they see many of them holding hands as a symbol of their union and show that this is Us. Adelaide’s doppelganger manages to kidnap Adelaide’s son and descends into the subsurface world. Adelaide follows her through the hall of mirrors from her childhood in which there was a doorway and we learn the truth behind the movie.

This is why Adelaide is the only member of The Tethered that is able to speak and this explains her quest for revenge. The Doppelganger upon reaching the surface as a child was able to adjust over time to normal life but it still has traumatic memories of this part of its life. The real Adelaide has been the one trapped underground and this drive to need to return to the surface is why she began attempting to command the army of Doppelgangers.

The twist feels like it was ripped straight out of the Goosebumps book: Let’s get invisible and those who remember that episode will of course see a lot of similarities here.

The Tethered Explained
Jordan Peele when speaking frankly about the creatures stated the following:

“We’re our own worst enemy, and that idea created this monster, The Tethered. I wanted to forge this new mythology that explored 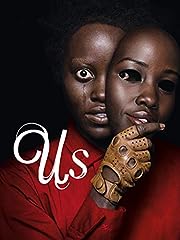 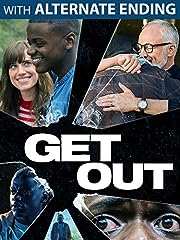 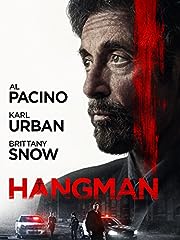 How did Jason eventually find out his mom was once the tethered ?

I think there isn’t much depth to the ending..confusing?! Yea but the movie never explains shit so it’s better left as it is.

I dont get it. The evil doppelgänger experienced “PTSD” when she didn’t experience that traumatic experience, instead caused it. Only explanation is that shes just trying to act her part acting like she has PTSD would make no sense and unreasonable. explain

remember!! adelaide (the real one) had motive. she couldn’t fathom her departure from the real world . she was a real human unlike the other doppelgängers. she was talented and smarter than the rest of them because she was different and became their leader.

BRILLIANT MOVIE!!! GET OUT THE WAY M.NIGHT! ALFRED HITCHCOCK GONE TOO.

CRAP! Peele Potatoes thinks the audience can’t do F___ All since he is protected by Blumbore Studios. Unless The Tangerine are bumping off members of The Spice Girls, Atomic Kitten or the last reconfiguration of The Sugababes I can’t be bothered really! Watch the 1992 Drew Barrymore classic Doppleganger it is much better. I would love to drop ‘Peele’ through one of those holes on the Weakest Link! #makeitsoAnnie

Good Lord this movie sounds so fucking boring. Even having it explained it’s just boring as fuck. Good thing I didn’t waste my money watching this diarrhea.

At some point the tethered took the fake mom hostage. Her friend looked like she was about to kill her but just kept her handcuffed. Kind of when the real mom was just kept handcuffed underground. She didn’t kill her cause she looked too much like their leader underground.

So, what did you think of the ending of Us? Comment below and let me know and If you enjoyed this video then please like it and subscribe to the channel for daily breakdowns on all the latest movies, tv shows, games and more! Click Here – https://www.youtube.com/channel/UCq3hT5JPPKy87JGbDls_5BQ

If You Want To Help Support The Channel So I Can Make More Videos Like This Please Donate Here:
https://www.patreon.com/user?u=7516708

Someone please help me understand. If the mom was switched when she was a little girl, and she met the husband and they had children, wouldn’t the children be half-tethered? Like… she had the children Right?

This movie was garbage hype

I loved the movie… my only issue was that there was no Gunz in America… where was the Gunz!!!

I found it extremely symbolic and interesting towards the end when the “tethered” formed the ••WALL•• down and up the mountains. Moments before the scene Lupita’s character happens to say “Should we find refuge in ••MEXICO••”. Hmmm. who else caught on to that?

Also the rabbits were pretty freaky. But the fact that they were white and underground reminded me a ton of Alice in Wonderland. And it made sense why they kept them. They reproduce fast meaning more food for the tethered.

Also, did y’all notice the fact that the boy’s doppelgänger who happens to resemble a dog was the less of the evil from the bunch? Hmmm, I wonder if it’s symbolic in the sense that dogs aren’t inherently evil like humans?

Anyone else seeing the “ as above so below” connection here

The doppelgangers were all spaced out and mirroring all day. What was what preventing the real Adelaide from going back up to the surface?

So why did the “real” mom lose her voice?
And who was the man with the bloody hand at beach in the beginning?

Weird that he mentions some parts break down but doesn’t say what those parts are.

I have several theories about Gabe. 1. He wears a Howard University sweatshirt which represents one of the strongest HBCU’s in the country. He opens with singing an iconic hip hop song from the 90s but is 100% disconnected in reality.
2. Howard is based in Washington DC and its colors are blue, red, and white. The colors of our American Flag. I believe he is a depiction of Trump and He represents everything wrong with our flag in this country. Disconnected from reality, unwilling to fight for what’s right, not a man’s man, LOOKS BIG AND STRONG but very weak. Often hiding with the children, all talk, preoccupied with stuff boat, car, vacation house. Things of no importance in time of crisis.
3. Howard was established immediately after slavery ended. Gabe has become a modern day slave to society.

Wait if they switched places how did the “fake” mother know what to tell her husband like how she wandered from her parents and stuff if that wasn’t her and that was the real mom, how did the fake mom get that information

I have to be honest, I didn’t like this movie. All the motifs, themes and metaphors didn’t do much for me. the movie tries to be realistic and show raw emotion, but then they just kill someone and act like they’ve done it 1000 times.

So I saw it today with my girlfriend and I told her i think “Get Out” is in the same world.

My only problem with the movie is that they explained it a bit too much… it wasnt ambiguous enough.

I wonder what would have happened if the doppelganger would have just gone with the original girl that way the uprise would have never happen in the first place. Or another theory could be the original girl was able to kill her replacement and convince her real family she the real mom or the son tell his family that mom is not her mom

Also, the hoodie that the daughter wore in the last half of the movie has the word “THỎ”, which means RABBIT in Vietnamese

Am I the only person who thinks the black guy look like a slimmer better version of ted from black ink crew/NY???