Greg Berlanti’s ‘Love, Simon’ opens in theaters this weekend starring Nick Robinson, Jennifer Garner, Katherine Langford, Alexandra Shipp, and Logan Miller Josh Duhamel. It’s the third feature film directed by Berlanti and is based on the novel “Simon vs. the Homo Sapiens Agenda” by Becky Albertalli. The film is generating some powerful buzz as a possible sleeper hit just as the blockbuster season is about to start with the release of ‘Tomb Raider’. The film tells the story of Simon Spier who is keeping a huge secret from his family, his friends, and all of his classmates: he’s gay. When that secret is threatened, Simon must face everyone and come to terms with his identity.

Perri Nemiroff is here to give you her NON-SPOILER review of the film. She discusses the acting, direction, story, and plot sequences in the movie. She also lets you know if this is one film that lives up to the aforementioned buzz. Let us know what you thought of this review and what Perri had to say about the film in the Comments section below. Remember to Like and Share this video on your social media and Subscribe to our channel. 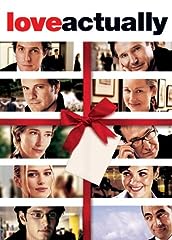 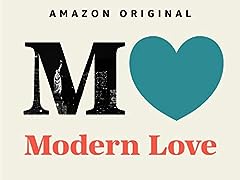 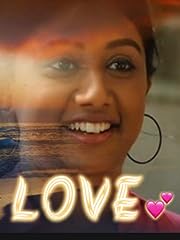 Ah Kings of Summer shout out!

Saw it at a screening a couple weeks ago and absolutely adored it. It had, to me, a John Hughes feel to it that really worked to the films advantage. Also, Robinson is so freaking good as Simon, as was the rest of the cast. I even thought Josh Duhamel was surprisingly good here. This is an easy recommendation.

Im really glad that this isnt just another shitty teen movie. Gonna check it out as soon as it comes out.

So the Berlanti that runs the FlAshrrow CW DC universe is also good at making movies? Maybe WB should look this way for the future of their DCEU.

Just let me guess the review. It’s incredible because the main character is gay and its so inspiring, and now the director is a real up an comer. Am I close? Lol, I haven’t even watched it yet.

Sigh… that Elliott Smith t-shirt tho.

I loved the book and can’t wait to see it later this year… gotta wait til end of June though, here in Germany. Grrrrrr.

I’m so excited for this movie!!! too bad I have to wait until june to see it here in the netherlands, international release dates r so weird

Thanks Perri, love your reviews

Check out my review for love simon! https://youtu.be/scnZRZToCnU

Well i’m excited to watch it when its free on the internet :).

great setting and concept but the execution was really bad. glad people like it though

Just saw it and it was stellar!

As a straight, teenage guy that just enjoys seeing good movies I wouldn’t mind seeing it but I just don’t want to have to say “I’m seeing a gay movie.” Not that I’m ashamed of it because of myself, but I don’t really want to go to my local theater and see this or tell my parents I want to see a gay movie (even though it’s strictly because of reviews; and yes I saw CMBYN for the same reason.)

The creepy fuck me eyes kid from Jurassic World. Ok.

Okay, first of all his name should have been Caleb as he doesn’t look REMOTELY like a Simon. I will from this point on be referring to the movie as “Love, Caleb”. Be that as it may however, I wonder if the decision to make Love, Caleb a high school adventure instead of a college freshmen tale may have hampered it’s audience reach. I had zero interest in the movie as high school adventures don’t appeal to me and I’ve only been out of it 10 years! I can’t be the only one to have that thought cross my mind. Anyhoo, college is *WAY* more fun than high school and I think a college setting for Love, Caleb may have better reflected that. Am I saying this movie should have had an Animal House vibe? Not really. Am I saying a Revenge of The Nerds vibe? YES! YES and more YES!

To call Love, Caleb a “classic” is certainly an opinion one is more than welcomed to. Having said that, an alternative view, and arguably equally as valid, may be one filled with a few hollow one beat characters confined to a story of endless cliche. People are suckers for an underdog story. *ESPECIALLY* if it’s an underdog vying for the (boy). Something like Revenge of The Nerds would have played the perfect template for Love, Caleb’s kind of story telling of rising above the fray and having the courage of *NEVER* having hid who you are to begin with.

The movie was fine, but ultimately I don’t see it sticking with me. Napoleon Dynamite is *STILL* the definitive high school movie for me. Love, Caleb isn’t forgettable by any means, but come April 27th… come on.

honestly love Love, Simon so much

Yeah, this movie is really good. I was very surprised.

“…for the first time, he learns that someone at his school is just like him”

No, there’s already an out gay kid at the school and he mentions it at the beginning of the film.

This movie was directed by Greg Berlanti, who is also the show runner for Flash, Arrow, Black Lightning. This guy should be given the keys to run the DCEU.

I am slowly and steadily getting excited with the trailers, reactions and then this review too. Really intrigued to read the book too.

I’m looking forward to this one! Great actors and interesting themes.